To the one that feels irreparably broken; part one

It is likely that sometime in your life, someone impressed on you that you were broken. Perhaps this was said with words, perhaps it wasn’t. But this idea was instilled in you from the time you were young, and then repeated until you were conditioned to fully believe it and then never think twice about it.

But this does not make it the truth.

You were also likely led to believe that your brokenness is both deeply shameful and deeply undesirable.

We live in a society where flaws are not celebrated. The darker or less desirable emotions we have, such as anger or depression, get pushed into dark, hidden places. When someone is in pain, we often rush to fix it, and by doing so only guarantee our failure to understand it.

Furthermore, it’s likely that if you’re suffering from chronic pain, or deep psychological pain, you’re also suffering from feelings of shame over your pain.

And most of all, this too, is not the truth.

For every moment someone impressed on you that you were broken—know that this has, quite possibly, been the most damaging lie you’ve ever been fed.

And know this: that if you are in pain, that if you are suffering in any way, you can most assuredly trust that your body, mind, and soul are communicating important and scared truths to you, anguished messages of suffering that solely exist for the purpose of serving, honoring, and freeing you.

You were born whole. You are whole.

But this is the truth; this is your freedom. You don’t need to look for anything outside yourself a moment longer. You are already enough. You are already complete. You are acceptable, right here in this moment, as you are.

Two things can happen when we first hear a radical truth like this. One part of us can recognize that we are hearing truth even if our current circumstances don’t reflect it. This part of our nature might rouse and stir, something deep within us awakening to say yes, this! It is this part of us that might break down and sob in relief or express some form of a visceral response.

As we know, truth liberates.

I understand this process. I understand the confusion, disillusionment, and agony of living with mental illness and chronic pain.

After suffering from debilitating chronic pain for years, I had surrendered to what I believed was an inevitable truth: I am irreparably broken.

Chronic pain, particularly migraines, had become my ultimate bully. For every time I rallied, they were there to kick me down again.

By my tenth year battling them, I was living my life jobless, isolated, and housebound. The medical community had left me brittle, untrusting, and demoralized. Every alternative route I took, ended in failure. Feelings of depression and worthlessness were destroying me. A handful of pills had never looked so good.

It was in this dark night of the soul that I began an important conversation with myself.

I had spent my life avoiding, hating, and resenting pain. Now I was going to lock myself in the same room with my pain…and I wasn’t coming out till something changed.

I knew this meant going in the opposite direction of what had been taught to me or modeled for me. But if my pain wanted to speak, I was going to listen.

If you suffer from a debilitating mental illness such as OCD, anxiety, or depression…
If you have wrestled with chronic pain or an incurable, undiagnosed condition…
If you have recently been in a dark place, at the end of your rope, and out of answers…

Know that this conversation saved my life. And I believe it can change yours. 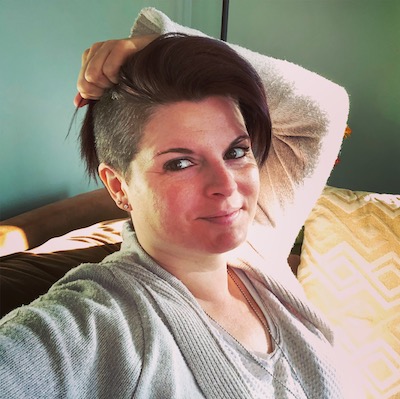