Home > Books > Way of the South 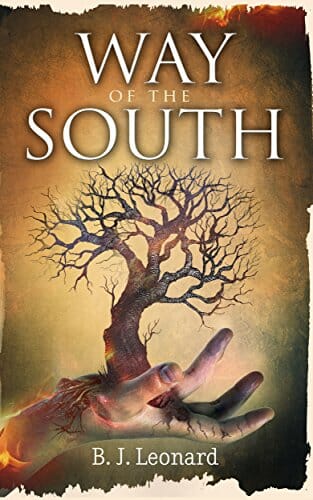 Way of the South

When the Aere brothers find her near death and discover she’s the spitting image of a well renowned goddess, they plot to use the girl for gain. It’s a risk since she’s suspected of being a traitor and spy.

The Lord of the South takes an interest in her, dispatching his investigator, but he has a hidden motive. Surrounded by deception, one thing quickly becomes clear to Sienna: the Lord always gets what he wants.

It’s the way of the South.

After she learns the full magnitude of this phrase, Sienna decidedly rejects it. And from this seed of rejection, something more dangerous emerges. The girl who is nobody wants to fight back.

Sienna is not alone. A hotheaded forest dweller and northern spy are joining forces inside the Lord’s harem. Inciting a rebellion, the women face impossible odds against the Lord. The spider prince, the southerners whisper, able to crawl inside one’s mind.

The women become powerful forces, capable of causing the Lord great pain. But the way of the South won’t leave them unscathed. It slides beneath the skin, leaving permanent scars.

Change may be possible in the South…but the cost will be high.

Look Inside
Disclosure of Material Connection: Some of the links in the page above are "affiliate links." This means if you click on the link and purchase the item, I will receive an affiliate commission. I am disclosing this in accordance with the Federal Trade Commission's 16 CFR, Part 255: "Guides Concerning the Use of Endorsements and Testimonials in Advertising."